THE GENRE OF HYMN IN ANTIQUITY

Many definitions of “Hymn” oblige to start with the discussion on hymnodic genres, their norms and their transgressions, their transformations through subversion, transposition and combination with other genres. After Todorov’s statement “there has never been a literature without genres”, and this is so because a literary genre has its origin in human discourse, every genre arises like any speech act from the codification of discursive properties. Unlike other  genres, however, the Hymn overtly fulfills a focused mission that appears to be of outmost importance both for the individual and the community and stems from the original identification of any act of singing (ἀείδειν) with praising (ὑμνεῖν). It is with Plato that a distinction between song for a mortal and song for a god came afore and was further developed in systematic categorizations in the late literary criticism (Menander, Proclus). Even so, the Hymn remains a speech act that explores different generic features, and takes all possible forms and performative modes. Despite similarities there is a huge variety in the way each Hymn, i.e. each hymnographer, selects its particular modes of praising and this opens a vast territory of interpretative approaches. Much scholarly attention has been deployed to defining the typology, the narratological aspects, the social parameters and the different attitudes towards the honored deities, the relationship to cult practice and to the local or panhellenic character of praising. 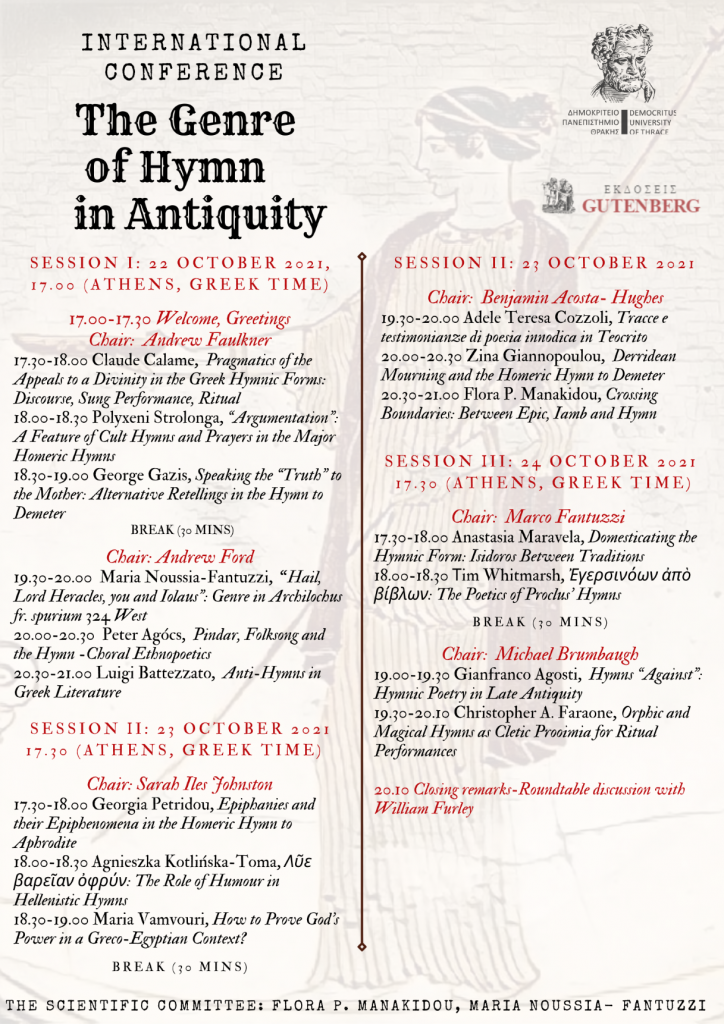